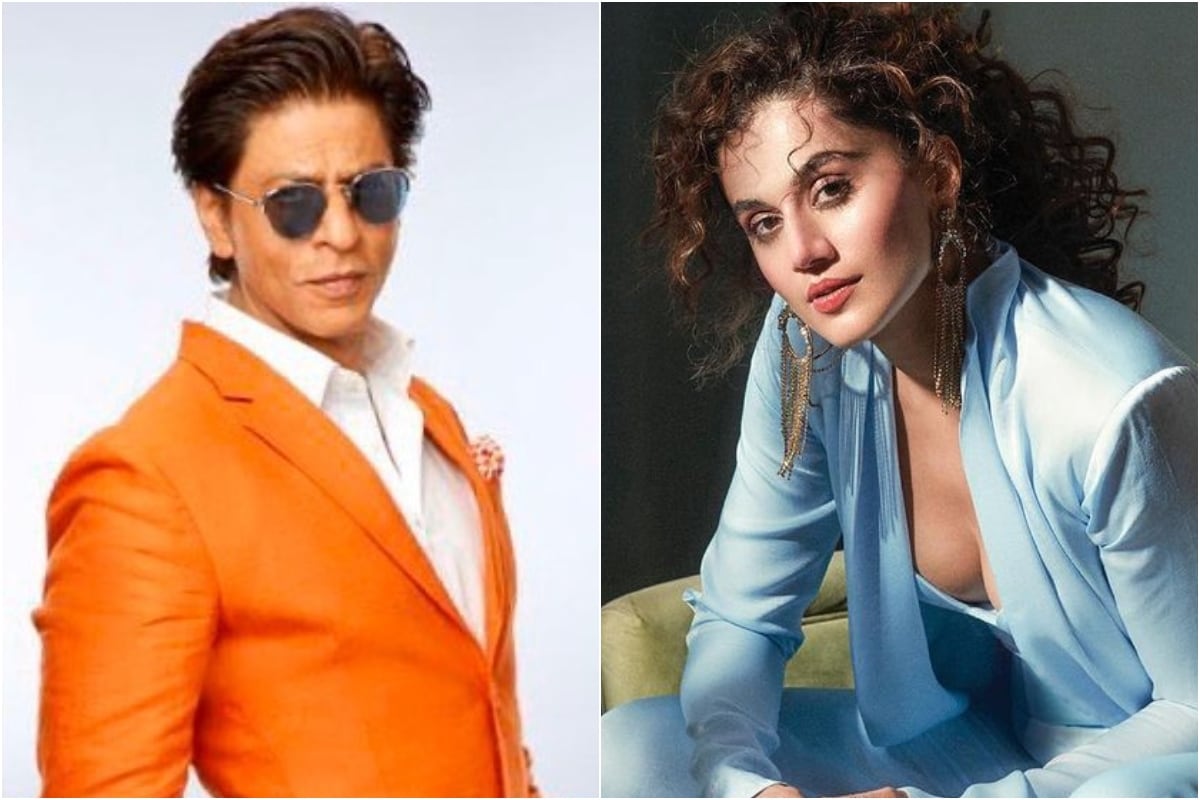 Shah Rukh Khan fans have been waiting eagerly for even the tiniest updates about his upcoming films as his last release was Zero in 2018. His long-hair look for ‘Pathan’ already has created buzz and now talk of him featuring in another film, an untitled project with Rajkumar Hirani, is gaining momentum. According to the latest reports, actress Taapsee Pannu will be seen in the lead along with King Khan.

Although this will be for the first time that SRK and Taapsee will act together, this is definitely not their first collaboration altogether. The duo earlier worked together for ‘Badla’, starring Taapsee and Amitabh Bachchan in the lead. The thriller was produced by Shah Rukh Khan under his banner Red Chillies Entertainment.

The yet untitled film is said to be a social comedy drama where the 55-year-old superstar will be seen as an immigrant moving from Punjab to Canada. The team of the film is yet to confirm this news officially.

Meanwhile, fans are super excited for Siddharth Anand directed ‘Pathan.’ The film will reportedly see the reunion of SRK and Deepika Padukone. DP, who debuted in ‘Om Shanti Om’ opposite SRK, later re-teamed with him for films like ‘Billu,’ ‘Chennai Express’ and ‘Happy New Year.’ Pathan will also star John Abraham.

Speaking of Taapsee Pannu, she looks forward to a bag full of films. The actress is simultaneously working on projects like ‘Looop Lapeta’,’Do-Baara,’ ‘Rashmi Rocket.’ She also recently announced another interesting project with ‘Scam 1992’ star Pratik Gandhi titled, ‘Who Ladki Hai Kahan.’ The investigative comedy film is said to have Taapsee in the role of a cop while Pratik as a brat.

For now, the fans can rejoice that the future slate of Bollywood cinema looks pretty fascinating with so many amazing collabs happening in the town! Stay tuned.

Actress Taapsee Pannu on Monday reacted strongly to Supreme Court asking a rape accused if he is willing to marry his victim.The Supreme...
Read more
Video

Erica Fernandes is currently vacationing in Maldives and took to social media to interact with her fans in a live Instagram session. During...
Read more
Video

American actress Mia Farrow has revealed that she encouraged her adopted daughter Soon-Yi to “bond with” Farrow’s partner, actor-filmmaker Woody Allen, before she...
Read more

Alcantara Leads Young Staff That Should Be Marlins’ Strength

No Sign Of Arson Found At Newman’s Camp; Cause Undetermined